Quality Metal Fabrication for the
Military Sector Since 1984

Underground Pipeline, Inc (UPI Manufacturing) is a family-owned and operated manufacturer located in South-Eastern WI. We are ISO 9001:2015 Certified and a Tier 1 Government Military Provider. We pride ourselves in our ability to develop and manufacture quality parts for the warfighter on-time and efficiently. The 68,000 square foot modern facility includes the following capabilities:

While military manufacturing represents a large majority of our workload, we do accept and manufacture commercial product sales as well.

UPI is always eager to assist with new development and rises to challenges presented by our customers to make their products the most efficient and cost effective way possible.

Jeff J. Dretzka is President of UPI Manufacturing, a growing Defense Supply Company. Born in Wisconsin, in August 1952, Jeff is the second of five children. His hardworking father was an entrepreneur and his mother, a devoted Christian and Native American. Jeff gleaned from his family, strength, excellent work ethic, strong family/church values, risk taking, and many other qualities necessary to run a successful business. At the age of 14, with a shovel in his hand, Jeff began doing whatever it took to help his father’s construction business succeed. In 1984, he and his brother, Norb began their own sewer and water construction company, Underground Pipeline, Inc.

Almost 20 years later, Jeff and Norb added the manufacturing division, UPI Manufacturing with the help of Jeff’s son, Jeffrey. Believing in helping our troops fight the war on terror they made a commitment to consistently provide quality supplies they adopted the tagline: “Deeds not Words”. They made efforts to attend as many conferences, seminars, and training sessions as they could, making contacts with the SBA, the Defense Supply Center Columbus (DSCC), the Defense Contract Management Agency (DCMA) and many more agencies.

Jeff is a gentle, yet strong leader. His trust in God and love for his country help Jeff maintain a positive and assertive attitude. Jeff is committed to helping others reach their full potential by example, time and encouragement. Under his leadership, along with his son and fellow employees, UPI Manufacturing has received numerous awards. In 2007, Jeff was named Wisconsin Minority Business Man of the Year. UPI has received the DSCC Gold Award for 2007,2008,2009 and the Silver in 2010. The criteria for the Gold Award is 100% quality and on-time delivery.

Although, business is definitely a strong suit for Jeff, his family and the Lord are his first love. Married to his high school sweetheart for 35 years, Jeff and his wife, Linda have two children, and five grandchildren, that lovingly call him, “Papa”. 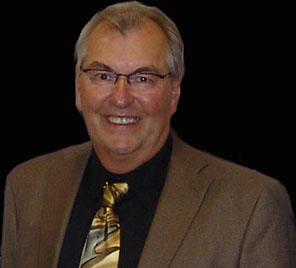 Jeffrey D Dretzka is Vice President of UPI Manufacturing in Eagle, WI, a growing contract manufacturing company, specializing in armored vehicle components. Born December 1977 in Wisconsin; Jeff is the youngest of 2 children. Jeff’s ambitious business world journey began at the young age of 14, where he started swinging a shovel and operating heavy construction equipment along side his father, Jeffrey J Dretzka at Underground Pipeline, Inc. Working outdoors for twelve years, in Wisconsin weather-above and below ground-has given Jeff his problem solving ability. He maintains, “I don’t have problems…I have solutions!”

In October of 2003, Jeff and his father began UPI Manufacturing, adopting the motto: “Deeds not Words”. Their passion to protect our brave War Fighters has driven UPI Manufacturing to become a reliable, world class manufacturing company. With the priority of supporting our troops in winning the Global War on Terror, UPI is committed to providing high quality parts and delivering them on time.

Under Jeff’s leadership, UPI’s operations have increased by over 400% since moving into its new manufacturing facility two years ago. The progressive leadership that Jeff brings has led UPI to being honored with the following achievement awards: 2006, 2007 DSCC Supplier Excellence Gold award, 2007 Wisconsin Minority Small Business Person of the Year award, and 2005, 2008 DLA Innovative Business Performer of the Year Award.

Residing in Dousman, WI, with his wife, and two children, Jeff is active in his local church and is an outdoor enthusiast. He is a leader with strong moral principles, courage and a willingness to serve. Jeff’s trust in God and love for his country are key elements in UPI Manufacturing’s success. As modern warfare continues to evolve, Jeff will continue to adapt UPI’s focus to meet the ever changing needs of our armed forces. 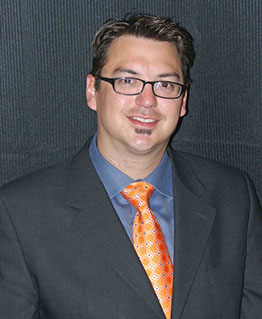 Native American brothers, Norb and Jeff (Chief) Dretzka were raised in the Sewer and Water Construction Industry with its inherent hazards, obstacles, challenges and harsh environment. Trained by their father, Leo, the brothers were taught to be hard working, innovative, enduring and resourceful “Sewer Rats”. This unusual skill set, combined with their philosophy “Deeds Not Words” and their unique variety of experiences motivated them to create Underground Pipeline, Inc. in 1984.

In 2003, inspired by a desire to participate with the United States warfighters in winning the Global War on Terror, Chief and Norb, created UPI Manufacturing.

Occupying only 800 sq. ft. of the construction building in New Berlin, WI a team of three’s, first attempts at defense contracting met with the heavy resistance of an overly complex federal supply system. However, committed to “delivering quality on time” UPI Manufacturing gained the knowledge and experience to navigate through the system.

Providing many vehicle components, primarily transparent armor, for the Defense Logistics Agency as well as becoming proficient at Mil Spec Packaging prompted a move to a larger 4,000 sq. ft facility in Fort Atkinson.

In 2007, after being blessed with continued opportunities and growth, UPI Manufacturing, operating with just 7 employees, moved into its newly constructed 28,000 sq. ft. manufacturing and office facility in Eagle. 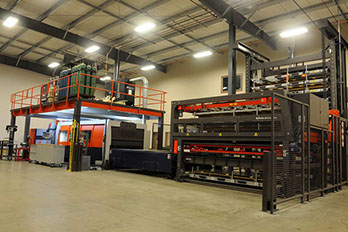 By 2012, after developing new capabilities, personnel and ISO procedures, UPI expanded its operations to 68,000 sq. ft. with 72 team members.

Maintaining their philosophy of “Inspired by Patriotism, Empowered by God, and Committed to Victory”, UPI Manufacturing has received repeated awards from The Governor of Wisconsin, Congressmen, Senators, The SBA, as well as US Generals, Admirals, Colonels and warriors in the field.

The determination and unquenchable work ethic of two Native American brothers, Jeff ‘Chief’, Norb Dretzka, and their father Leo Dretzka led to the birth of Underground Pipeline Inc. in 1984. The unfortunate ending to their father’s underground utility construction business became the life changing event that led to the beginning of this new enterprise. From these humble beginnings UPI would evolve for 20 years to become recognized as a regional leader in the sewer and water line construction industry in Milwaukee, Wisconsin.

In an effort to smooth out the off season work flow gyrations of the construction industry, Chief and Norb decided to develop a new business to make use of the under utilized workers. This evolution came about primarily as an economic measure. Success of this new venture would insure the ongoing sustainability of UPI and its family of valued employees.

Because of their dedication and tenacity, ‘Chief’ and Norb Dretzka agreed that they needed to do everything they could to help fight the global war on terror; so in 2004 a new manufacturing division was formed to supply high priority product requirements for the Department of Defense. The UPI team assembled the information learned and used this opportunity to create the new enterprise. This new knowledge, their responsible work ethic, and their patriotism helped them identify ways that the new business could increase manufacturing levels and lead to a realization of their goal of protecting and directly supporting the war fighters. As a result of their initiative and the unending work ethic, the UPI team now ships contracts into the millions of dollars from their new facility in Eagle, WI.

UPI has grown from its original 800 sq. ft. space in New Berlin where they grew into a 4000 sq. ft. space in Fort Atkinson from there building a 28,000 sq ft building in Eagle which still wasn’t big enough as they had to add on in 2012 and UPI Manufacturing is now occupying 68,000 sq. ft. and growing.

During the summer of 2012, ‘Chief’ was thrust into the sole leadership of UPI as a result of the unfortunate passing of his brother and partner, Norb Dretzka. The Christian principles that have guided UPI to its continued success over the years were again put to the test. ‘Chief’ committed to the mission of UPI Manufacturing: “Motivated by Patriotism, Empowered by God, Committed to Victory”, and led the company through an expansion project that more than doubled the size of the manufacturing facility

‘Chief’ is eternally thankful to the blessings of God and the many people who have helped UPI Manufacturing advance the capability of the business, while also strengthening the local economy in Wisconsin. UPI is proud to be a link in the supply chain to protect our war fighters. “May God protect those who protect us”. We consider ourselves part of the team making America a safe place for our friends and families. We continue to give all the glory for our continued success to Jesus Christ. His grace has made our success possible. Jeff “Chief” continues the motto started by he and his brother Norb at Underground Pipeline, Inc: DEEDS, NOT WORDS. We believe this and endeavor to live by it.